The Best Internal Hard Drives of 2022

What To Look For in an Internal Hard Drive in 2022

Speed tends to be on everyone’s minds these days, and when you’re picking an internal hard drive, you’re primarily going to run into two speeds, which are denoted in Rotations Per Minute (RPMs): either 7,200 or 5,400 RPMs. There are speeds between the two, and sometimes even higher than 7,200, but it seems these are the two standards the industry has set for faster and slower hard drives.

So, if you’re doing a higher-intensity task that has a lot of reading and writing, such as gaming or using editing software, then you want to go for the higher RPM speeds. On the other hand, if you’re using it for storage or day-to-day use, 5,400 RPMs is more than enough and is usually cheaper to boot.

Once you know what speeds you want, you then need to think about reliability and how much you’re going to use the hard drive. For example, if you want a hard drive to store surveillance footage, then you need a hard drive rated for 24/7 uptime usage, usually either Network Attached Storage (NAS) or enterprise-grade hard drives.

Speaking of uptime rating, you’ll also want to keep an eye out for warranty length. Industry minimums sit at around 3 years, with most professionals and people in the tech space expecting 5 years. Unfortunately, most of these warranties only cover the physical drive itself, so always back up your data.

Finally, and something ironically at the bottom of the list, you need to think about how much storage you ultimately need or think you will use. Generally speaking, the larger the storage capacity you buy, the cheaper each gigabyte will be. That being said, there’s no point buying a 12TB hard drive if you only really need 6TB. While it’s important to have some wiggle room in terms of storage space, at some point, it becomes excessive.

Picking the top HDD in a sea of excellent hard drives can be very hard, especially given that most research and development are going into increasing size rather than performance. Even so, the Seagate BarraCuda 2TB is a great HDD because it does a good job of balancing price with performance.

At 7,200rpm, the BarraCuda is already hitting the top of the speed and performance band for HDDs, which means you can expect around 160MB/s of sequential write speeds. As for the price of the 2TB model, going for around $50 or so depending on the retailer comes out to under three cents per gigabyte, which is impressive for the performance you’re getting.

The only real downsides are the slightly smaller cache of 256MB and that it runs a bit loud, which can be a problem if your desktop is next to you in a quiet environment.

If you want a performance HDD with a budget price, the Seagate BarraCuda 2TB slots into that spot just perfectly.

The Western Digital WD Blue is the direct competitor of the Seagate BarraCuda, and while the BarraCuda is great for budget performance, the WD Blue is unbeatable for the price per gigabyte. With the 6TB version going for around $110, depending on the retailer, that comes out to $0.018 per gigabyte, around 40% cheaper than the BarraCuda.

It comes at a different cost, though, because it runs slower at 5,400 RPM, so you’d expect around 130MB/s read and write speeds. While that’s significantly slower than the BarraCuda, it’s not that bad, especially if you use it for lower-speed tasks, such as simple storage. You don’t want to run a game or editing software off of it, but otherwise, it should be fine for most use cases.

We’ll also point out that you can get a WD Blue that runs at 7,200 RPM at the 1TB or 2TB size, but it costs around the same as the BarraCuda. The cost per gigabyte decreases as the size of the HDD increases, so if you’re grabbing a WD Blue, go for the larger sizes.

It's hard to beat the price per gigabyte of the WD Blue at larger storage sizes, although that does come at the cost of slower RPMs.

The 2.5-inch version of our best overall recommendation, the Seagate BarraCude 2TB is a great internal HDD for laptops. With good reliability and a chunky maximum size of 2TBs, it’s a good option if you want to spend less than $100.

That being said, it does come with the downside of slower RPM speeds, so it’s not ideal for gaming or editing. At 5,200, it’s not competitive with SSD options that are only slightly more expensive, so while grabbing an internal HDD for your laptop is an option, we’d strongly urge going with either a hybrid drive or solid-state drive, as mentioned below.

For higher-intensity use, there’s the Seagate FireCuda 2TB which is a Solid State Hybrid Drive—a drive that mixes parts of both HDDs and SSDs. Unfortunately, better performance also means you’ll be spending nearly three times the price, which isn’t ideal if you’re on a budget.

While it’s about $20 more expensive than the Seagate FireCuda, we’d recommend getting the Samsung 870 EVO 2TB instead. It’s one of the best SSDs on the market, especially for high-speed usage, and it has the same storage space as the FireCuda. On the other hand, if you’re willing to go with a little bit less storage space, or the laptop can take two 2.5-inch drives, then these Kingston 960GB and Crucial MX500 1TB SSDs go for roughly $65-$75,

It's not easy to find good laptop HDDs that don't cost an arm and a leg, but the Seagate BarraCuda 2TB manages to give you relatively good performance at a budget price.

While the world steadily moves towards streaming as the main way to consume content, Network Attached Storage, or NAS, can’t be completely ignored, especially for important files or those who want to keep a backup of their movies, music, and other media. Also, for those who torrent public archives, it’s important to have a drive that can keep up with constant 24/7 usage without failing.

To that end, the Seagate IronWolf NAS hard drives are some of the best-in-class for NAS usage, and the 8TB version sits in the best spot between size and cost. Able to withstand that constant use at 7,200 RPMs, the premium per gigabyte paid compared to a non-NAS HDD is worth it when it comes to longevity.

Another thing to keep in mind is that the smaller sizes start missing out on features; for example, anything below 8TBs spins at 5,900 RPM or slower. So if you’re planning to go for the IronWolf Pro NAS, stick to the larger sizes of 8TBs and above.

While it may cost a little bit more, the ability to run constantly at high speeds, and the NAS support through IronWolf Health Management, makes the IronWolf Pro one of the best HDDs for NAS usage.

If you aren’t interested in 24/7 operation and just need as much storage space as you can get for something like ripping a whole collection’s worth of Blu-Rays, it’s hard to beat the Seagate Exos 18TB HDD. Interestingly enough, there’s also a 20TB version if you want that little bit of extra space, but it tends to be hard to find, and even then, it’s out-priced by the 18TB version.

In terms of performance, there are two options you can go for a SATA III connection which lets us go up to 6Gbps, or a SAS-3 connector which lets you go up to 12GBps. Unfortunately, the SAS-3 connector type isn’t common and hard to come by, so if you aren’t willing to wait or dig deep, you’re likely going with the SATA III 7,200 RPM version, which still nets you a respectable read/write speed.

It also has a total workload of 550TB a year, which is pretty good as far as workload limits go, and you won’t likely hit that if you’re not a power user. Luckily, it has a 5-year warranty that will come in handy and is what we’d expect at this price range. There’s also an impressive 2.5 million hour Mean Time Before Failure (MTBF).

It’s not easy to find HDDs that come in higher capacities, but the Seagate 18TB Exonos manages to provide you with an enterprise-level of quality, while also not being that expensive all things considered.

Even though the PS5 has been out for a couple of years now, the PS4 and PS4 Pro are still going strong, especially given the stock issues brought on by the pandemic. As such, you probably have a PS4 Pro sitting under or next to your TV, and likely have started to hit the internal storage limit while also noticing that external storage isn’t ideal in terms of performance.

That’s where solutions like the 2.5-inch Western Digital Black hard drive come into play. Not only is it small enough to fit in the bay of the PS4 Pro, it runs essentially the same specs as the storage with the PS4 Pro. That means you get a fast 7,200 RPM disc which will help alleviate load times. Even better, the WD Black lineup is engineered to stop the needle from touching the platter, meaning less wear and tear and better overall performance.

It also has a nice 64MB cache to it, which means faster access to apps like browsers or Netflix, which makes the overall use of your PS4 Pro much more streamlined. That being said, it doesn’t run fast enough to play 4k content, at least not efficiently, so don’t download 4k content to it with the hopes of watching it.

With a no-touch head, 7,200 RPM speed, and 64MB cache, the WD Black is an excellent performance HDD for your PS4 Pro at an actually reasonable price.

The Best External Hard Drives of 2022 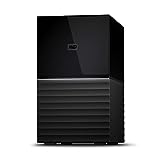 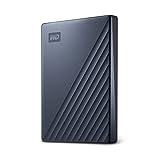 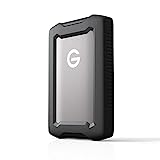 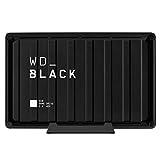 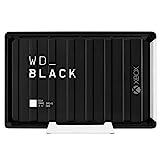 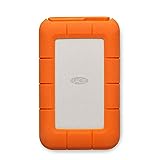